10V REASONS FOR PEACE BETWEEN INDIA AND PAKISTAN 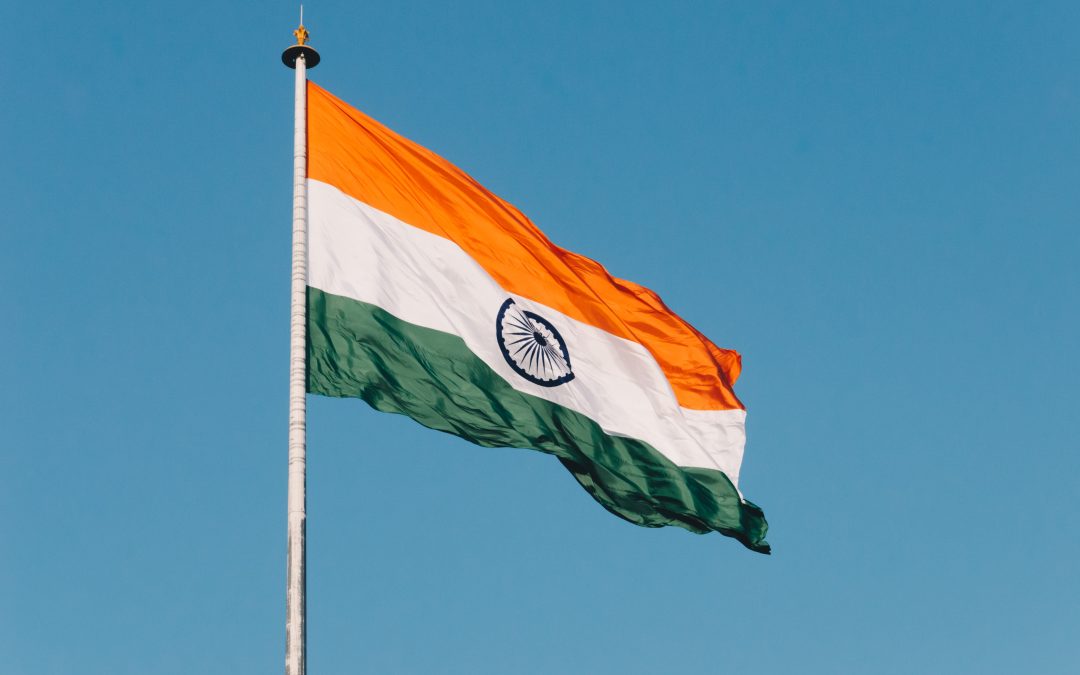 As the 75th anniversary of the India-Pakistan partition approaches in August 2022, and signs emerge of a reduction in tensions between both countries, Salzburg Global Fellow Anwar Akhtar argues it is time for the two countries to make peace and end their conflict

There are those huge moments in history that resonate, that we remember. Those moments that give us a moment to pause and reflect on our part of the human story and what went before us. This is often most pronounced with recent history, that generations still with us lived through.

We remember many dates and events: the end of the First and Second World War, the Battle of the Somme, the Normandy landings, the atomic bombings of Hiroshima and Nagasaki, the Montgomery bus boycott, and the Mỹ Lai massacre in Vietnam. The traumatic, violent events of August 1947, when India was partitioned and Pakistan was born is another one of those moments that still reverberates today.

This event led to one of the largest migrations in human history.

My mother was one of those who fled the violence, leaving her childhood home in Jalandhar, India, for Bahawalpur, now part of Pakistan. Much of the violence could have been avoided if British Viceroy Lord Mountbatten acted with more wisdom than pulling away civil, political, and military infrastructure to get out quickly and leave India to it. It was an India financially and physically exhausted, having contributed and had taken from it so many resources as part of the Allied efforts in the Second World War.

How would Jawaharlal Nehru, Mahatma Gandhi, and Muhammad Ali Jinnah have acted had they realized their actions and decisions in 1947, combined with Lord Mountbatten’s leadership failure, would have such devastating regional consequences? These consequences play out today with the awful zero-sum cold war that has haunted India, Pakistan, and Bangladesh since 1947.

As we approach the 75th anniversary of the partition in August 2022, I am calling for India and Pakistan’s leaders to put aside all the anger, distrust, and sectarian and religious divides. I call for them to seek peace instead of condemning both countries – especially the next generations – with another 75 years of conflicts and cold war tensions. There are more than a billion reasons why we need peace between India and Pakistan, but let me begin with ten.

In 2021, just over a third of the world’s 60 most polluted cities were reported to be in India (19) and Pakistan (3). The Indus and Ganges’ basins are under strain, and the Kolahoi glacier in the western Himalaya is shrinking. The climate crisis does not recognize borders, race, religion, caste, or sect. It does not separate common people from the elites. Now it is Narendra Modi and Imran Khan’s time to work together, challenge their sectarian party bases, and reach out to the other communities they share the land with. Modi and Khan have the chance to become great statesmen. Working together on the climate crisis, they can bring peace and transform both countries’ social, cultural, and economic infrastructure.

The annual Social Progress Index (SPI) is a comprehensive measure of a county’s quality of life. It measures “the capacity of a society to meet the basic human needs of its citizens, establish building blocks, to enhance and sustain the quality of their lives and to reach their full potential.” Out of 163 countries in the 2020 SPI, India ranks 117th, Bangladesh is 123rd and Pakistan 141st.

No amount of tub-thumping nationalism, flag-waving, and arguments about which religion is supreme can cover up just how awful the social, welfare, health, and education situation is in South Asia today. This is the opportunity cost of the money India and Pakistan spend on their military. In 2019, India’s military spending was $71.1bn, while in Pakistan, the declared military expenditure was $10.3bn. This money could improve social progress in both India and Pakistan instead.

It took Europe centuries of horrific battles and the industrial-scale slaughter of the First and Second World Wars to conclude working together is better than being in conflict. The COVID-19 pandemic has reaffirmed this fundamental human truth. When will the leaders of India and Pakistan realize this?

Pakistan’s economy was weak before COVID-19, surviving on an IMF loan package of $6bn and burdened by an external debt of about $112bn. Today it is facing the additional challenge of feeding some 25 million families that have lost their incomes because of COVID-19. Yet Pakistan maintains one of the highest military infrastructure budgets in the world. This budget could be reduced if there was less risk of conflict with India leading to more investment by both countries on health and development.

The Brookings Institution indicated India would add 85 million people to its poverty rolls in 2020, as they assessed the impact of COVID-19 on global extreme poverty. In the same analysis, Brookings highlighted the effectiveness of deploying cash transfers to households in Pakistan through the Ehsaas Emergency Relief program. It suggested India could have a similar system in place. There is also much Pakistan can learn from India, especially the constitutional separation of political power, the state and the military.

4. Putting Food on the Table

Both countries could co-operate better on food security in the region. More recently, however, we have seen machinations and maneuvering from both countries to seek gains in various regional and international forums: including the United Nations (UN) and the South Asian Association for Regional Cooperation (SAARC).

This includes the strange Alice in Wonderland arguments over who owns the name basmati rice, much to the delight of Western law firms, lobbyists, and PR agencies, given the lucrative fees on offer. It is about as sensible as Italy and Greece arguing over who owns olive oil or balsamic vinegar. It is the wrong priority. Food shortages will make the conflict between India and Pakistan even worse. Working together on soil erosion, agriculture, trade routes, and food security would have huge dividends for both countries. Arguing over the origins of basmati rice will not.

The potential pay-off for India and Pakistan if they normalized relations is mind-boggling. According to a 2018 World Bank report, India-Pakistan trade could increase from $2bn to $37bn if both countries took steps towards removing tariff barriers, strict visa policies, complex procedures, and waiting periods at the border. That would bring so many other trade benefits, lift communities out of poverty, and boost investment in education, health, development, and green technologies.

The economic success of Dubai is also the failure of India and Pakistan. Dubai has profited from multiple restrictions, tariffs, closed borders, excessive customs, and security checks on trade between India and Pakistan. According to The Interpreter, 1.3 million Pakistanis found jobs in the UAE in the past five years and in 2019, Pakistani expatriates sent more than US$5 billion back home. However, this source of financial support for Pakistan is now under threat. Karachi, Pakistan’s dynamic but unstable economic and commerce hub, could gain so much if it could trade directly with Mumbai.

The Indus Valley Water Treaty, signed by India and Pakistan in 1960, was a rare diplomatic achievement for both countries. As Salzburg Global Fellow Sadaf Taimur writes, though, this treaty is now under pressure. This is alarming, particularly when you read the latest figures by Water Aid for both countries. In Pakistan, 17.7 million people don’t have access to clean water. People are moving to towns faster and straining services. Meanwhile, in India, the number of people who do not have access to clean water is even higher: 98 million. Further water resource co-operation and regional planning are vital to maximize and share this precious resource. Both countries’ establishments must prioritize the reaffirmation of the Indus Valley Water Treaty’s ethos and principles.

Too many children are out of school in both countries due to a lack of investment, poverty, and inequality. In Pakistan, the situation has been made worse by decades of state-backed misogyny and extremist organizations preventing millions of young girls from accessing education. This is a catastrophe for Pakistan, the world, and, in particular, young girls deprived of their human rights and failed by their own country. However, Malala Yousafzai shows the spirit of young people not just in Pakistan but across Asia.

In both Pakistan and India, NGOs such as The Citizens Foundation do incredible work to develop education in the region. But education investment needs to increase massively in both countries. Pakistan has an estimated 22.8 million school-age children not attending school. In India, meanwhile, an estimated six million children are out of school. Another opportunity lost due to the vast sums both countries spend on conflict investment and management, military budgets, intellectual capital, and state resources.

Since the violence of 1947, minority communities in both countries have been treated poorly. In Pakistan, we have seen the marginalization of its Shia community, the bonded labor systems that exploit rural workers – many of them Hindu, the prejudice against Christian and Ahmadi communities, and the many atrocities carried out by sectarian organizations in Pakistan against minority communities.

India’s actions in Kashmir also raise huge concerns about state violence against minority communities. As of October 2020, Amnesty International was no longer allowed to work inside India. Its bank accounts were frozen following the publication of two reports: one on the Delhi riots in 2020, and another on internet restrictions and arbitrary detentions in Kashmir. While individuals and organizations are responsible for their actions, I believe much of this hostility, hatred, and poison stems from the failure to enact a peace and reconciliation process between India and Pakistan after the partition. Peace can set us on a journey to heal sectarian tensions and quash hatred.

Pakistan’s inability to protect its citizens has condemned large parts of the country to a state of gender apartheid, with women marginalized and unsafe in many public spaces. Pakistan’s awful levels of health provision also have terrible consequences for women. An estimated 30,000 women die each year due to pregnancy-related causes. An estimated 500 maternal deaths occur per 100,000 live births each year in Pakistan. India has seen an outpouring of activism, as the “Me Too” movement has created space for women to speak out about harassment and violence.

Both countries face profound challenges around gender equality, given tribal, cultural, and patriarchal traditions that are complex and challenging. The regional conflict also created a militarization of society, of tub-thumping macho nationalism, which creates a hostile culture to women’s welfare, rights and equality. Peace brings stability and calm to an environment that would be far more positive for gender equality and child welfare. Conflict feeds hate, internally and externally.

We must focus on the dividends peace brings. The value of peace is beyond measure. Let’s make the 75th anniversary of the partition in 2022 an occasion where leaders in India and Pakistan tackle poverty, sectarian hatred, the crisis and aftermath of COVID-19 and the long-term climate change crisis in South Asia. There are existing campaigns seeking peace between India and Pakistan, including the Exchange for Change program by Citizens Archives of Pakistan, Routes 2 Roots in India, Friends Beyond Borders by Aghaz-e-Dosti and Ajoka Theatre Lahore.  I urge you to support these campaigns and share their messages.

It is time for India and Pakistan to end their cold war and look to the future for the next generation’s welfare. If not now, then when?

Anwar Akhtar is a Salzburg Global Fellow. He is also the founder and director of The Samosa, a UK arts and journalism charity that works to embed diversity in the arts and humanities curriculum in schools, colleges and universities, and produces arts and media that explores cultural and social issues.