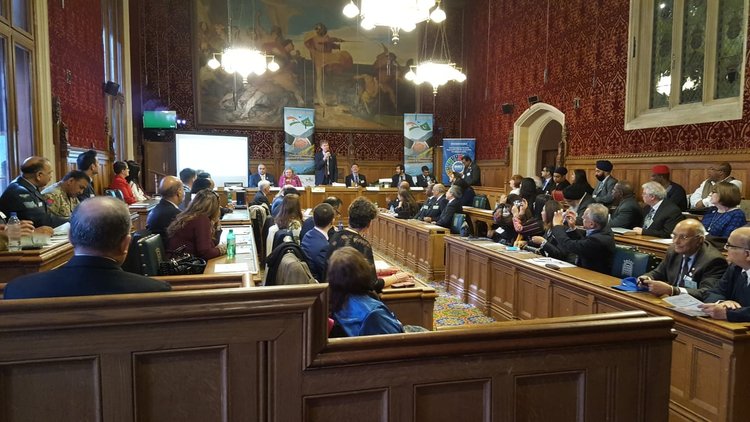 Stephen has hosted an event in Parliament on behalf of the Newham Rotary Club where the club revealed plans for the Indus Peace Park Project. The project aims to create a peace park on the border of India and Pakistan by August 2022.

The Indus Peace Park Project is an initiative being led and supported by The Rotarians. They plan to secure an area of ten hectares of land – five hectares in Pakistan; five hectares in India – on either side of the border. The Park would be maintained by Rotarians and young people from both countries.

Those behind the project say: “Our goal is to create an ‘Oasis of Peace’ where Indians and Pakistanis can celebrate and share their cultures… to memorialise the immense pain and sacrifices of men, women, and children who lost their lives, and those that were sadly displaced during Partition (in 1947), and to mark 75 years of separation and the beginning of a peaceful and collaborative future.”

The launch event coincided with heightened tensions between India and Pakistan after violence last week over the disputed region of Kashmir. Those in attendance included Afzal Khan MP, Lord Navnit Dholakia OBE, Rotarian Kees van der Pol, who chairs the Indus Peace Park Project committee, and Rotarians from the UK, India and Pakistan, and the Commonwealth Secretariat.